healing the tattoo well & easily
with the ADHESIVE FILM

that leave dirt everywhere? Plus, the tattoo itches anyway and you try NOT TO SCRATCH YOURSELF as your tattoo artist told you not to!

then you wake up in the morning, with the tattoo stuck to your pyjamas, asking the Lord why you deserve this…

despite this, the tattoo keeps crusting… picture this: you are having dinner and trying to impress a new partner, but you spend all the time scratching yourself…

THIS IS EMBARASSING, ISN’T IT?

how nice it is to have a new tattoo and how annoying it is to make it heal?

what is the first thing that you would do to heal a wound?

after cleaning and disinfecting it,
probably you would think of putting a patch on it

some tattoo artists, instead, would cover your tattoo with a lot of paper towel or plastic wrap

would you cover a skinned knee with FOOD FOIL or PAPER TOWEL?

these are materials to be used for the kitchen, not on skinned knees or tattoos. Nowadays, on the market, there are other brand new materials that have been created to meet this need

nowadays, there are adhesive films and medical devices which took their cue from the films used in the hospital and have been diversified in order to protect the fresh-made tattoo in a hygienic way

a breathable and adhesive film that prevents germs, bacteria and dirt from reaching the wound

my favourite is, of course, the Dermalize tattoo film

the one and the only

the only cons that I found is that in some cases it’s not possible to use this kind of films because you may be intolerant to the glue of the patches, but you should know already if you fall into this percentage of people, because you probably have already used any bandage or paper tape ^ _ ^

if it’s not your case, Dermalize could really change your life… it changed mine! ^ _ ^

here you have 5 VERY VALID REASONS that make it slip to the top of the charts when it comes to tattoo healing in a very easy way!

number 1:
the adhesive film adheres to the skin in a way that you don’t even feel it

it leaves you total freedom of movement: you’ll be as free as a butterfly I would say! hehehe

the film has a very thin layer, it’s made of a flexible and extensible material that allows all sorts of movement, even when practising sports

Number 2:
the film is water-resistant

so the good news is that you no longer have to be afraid of having the tattoo wet…
for example, the boiling water you use for making cappuccino, if you’re a bartender
or strong detergents when you clean the house
or any kind of contamination if you work in the healthcare field…

you can also take a shower without having to take it off, which saves time when you are in a hurry,
but I am totally against of its usage to go to the pool

which prevents pathogens and external contaminants from entering the wound, therefore it protects from germs, bacteria and dirt, eliminating the risk of contamination

this allows you to cuddle your dog without problems, to work even if there’s dust, without being afraid to rest your arm on the bar while you’re drinking coffee, to go to the disco without worries or to touch the sand… and all those promiscuous situations that may come to your mind!

If you keep away all the things that can slow down the healing of the tattoo, the process of healing will inevitably be faster and more natural

so it protects the tattoo from yourself, while you live your life: from the clothes rubbing against the tattoo, from a child jumping in your arms or a dog jumping on you to greet you, from the handbag resting on the shoulder…

decreasing the friction also decreases the waste of platelets that the body will have to produce to regenerate the tissues, which speeds up the healing processes

it’s a very useful detail, especially on those parts of the body that are close to the underwear, to the elastic band of the socks, that are under the bra or under the watch ^ _ ^

which was a sensational news for me!

the film is BREATHABLE, it lets oxygen in and allows moisture in excess to be released from the wound. It also creates a perfect little ecosystem; a moist healing environment that will not allow the tattoo to dry out and scab, which will be an excellent aid for the critical initial phase of healing, where cleansing and hydration are essential

so… how to use adhesive film?

you can apply the adhesive film on the tattoo for 5-7 consecutive days and change it when needed: it will accompany you in the healing of the first critical phase of the tattoo

just change it when the inside is dirty, as the tattoo will expel the excess of colour

every now and then, you will need to wash the tattoo and apply a new layer of film

there is no precise rule on HOW OFTEN you should change the film, it could be after 4 hours or 4 days…

you can keep it as long as you deem appropriate and when you see that it’s full of liquid you can remove it, wash the tattoo and apply a new layer

but don’t be afraid to pull!

the tattoo cannot be damaged because, as I said, it expels liquids and therefore the film does not stick to tattooed and wet skin, but only on smooth and dry skin ^ _ ^

in this case, don’t be stubborn and try to remove it roughly, it’s actually easier than you think: you just need a drop of olive oil ^ _ ^

despite all these wonderful words, the usage of this medical device it’s not very common among tattoo artists

I don’t know what the exact reason is, but maybe it could be because of the price, as it’s much more expensive than food foil

well, I don’t know your opinion about the usage of food foil on a wound…
but any doctor wouldn’t be happy knowing that you use it to protect your skinned knee instead of using a suitable patch

so, every time I get a new tattoo, I take my Dermalize film with me and I ask the tattoo artist to use that instead of food foil

because, as I said, it’s not used by every tattoo artist,
but whoever gets a tattoo can choose how to protect it

we can choose how to protect our new drawing, the result of an ancient transition ritual that, within us, we hope it will be a new spark illuminating us forever

I made my choice

see you soon and have a nice day, 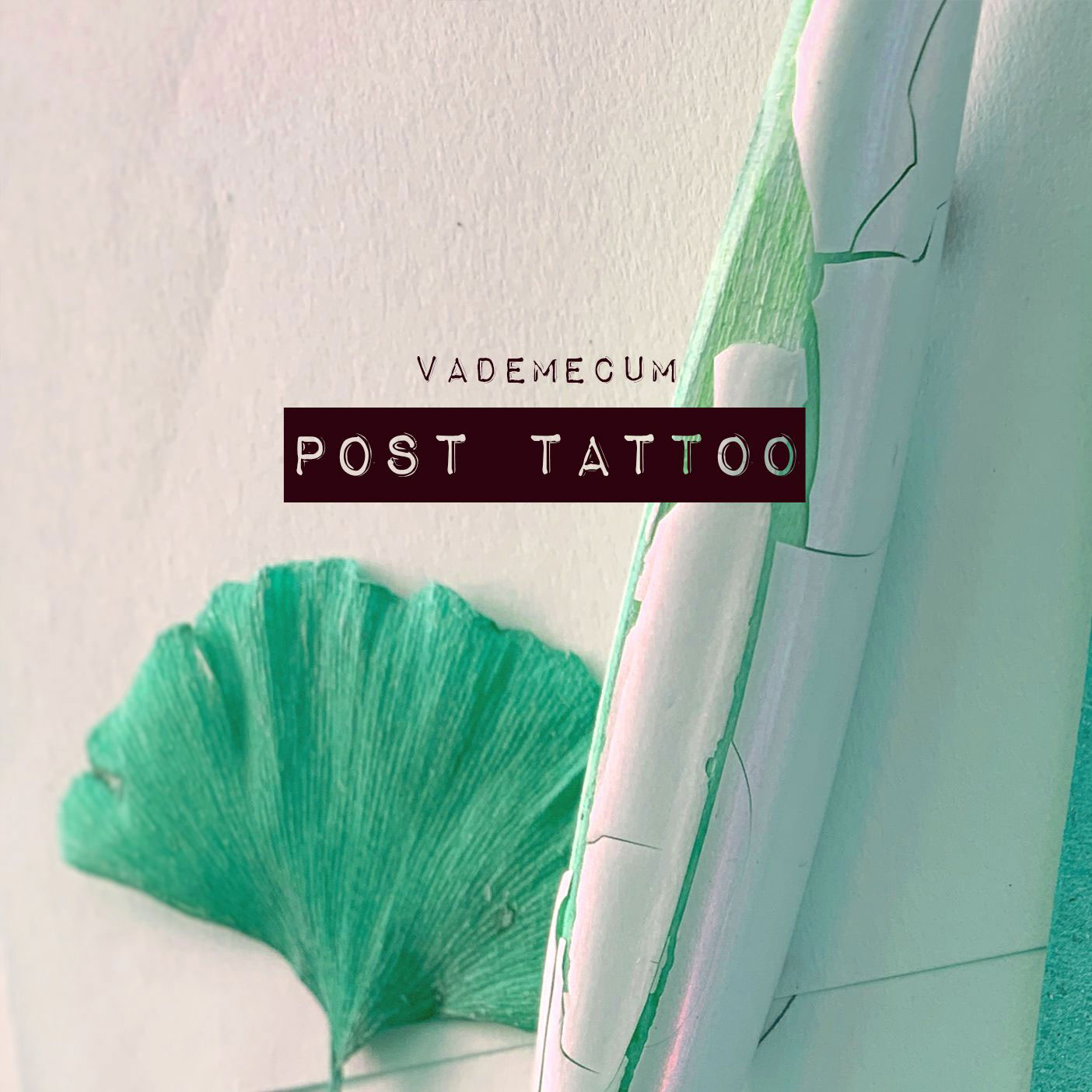 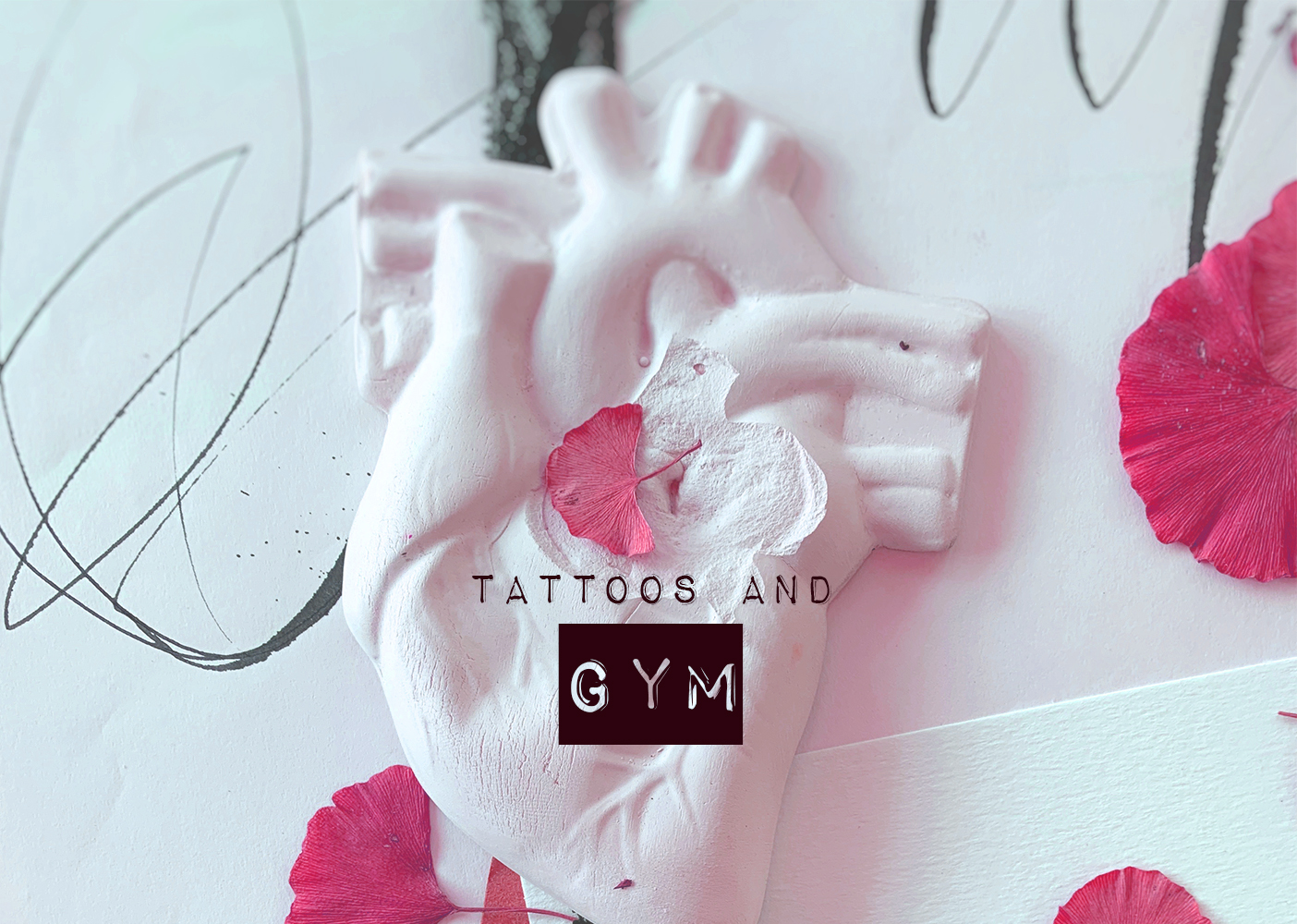